Congratulations to our 2019 Winners of the Baroque Competition! 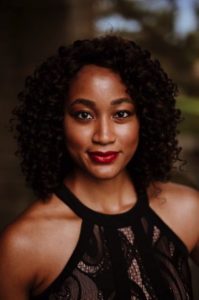 In 2013, she earned her Bachelor of Music at the University of Texas, and in 2017, a Masters at SMU. Alyssa has performed the roles of Pamina in The Magic Flute, Adina in L’Elisir d’Amor, and Alcina in Handel’s Alcina with the Meadows Opera Ensemble.

During the summer of 2016, she played Laurey in the University of KwaZulu-Natal and SMU collaborative production of Oklahoma! in Durban, South Africa, followed by her first Contessa Almaviva in The Amalfi Coast Music & Arts Festival’s Le Nozze di Figaro in Maiori, Italy. This past summer, Alyssa made her Lyric Stage debut as Agatha in their production of Guys and Dolls. Alyssa will complete her Performance Diploma with two recitals this school year.

Sarah Ann Holt is a native of Hattiesburg Mississippi and received her Bachelor’s degree from Houston Baptist University. Previous roles include The Queen of the Night in Mozart’s Die Zauberfölte, Madame Herz in Mozart’s Der Schauspieldirektor, and Alcina in Handel’s Alcina.

She has also appeared as a concert soloist, performing the works of Haydn, Handel, and Mozart. Sarah Ann also has extensive choral experience appearing with the Houston Symphony and as a soloist at the 40th anniversary of the Classical Music festival in Eisenstadt, Austria. She is currently pursuing a master’s degree at Southern Methodist University where she will be appearing as Mrs. Webb in the upcoming production of Ned Rorem’s Our Town. 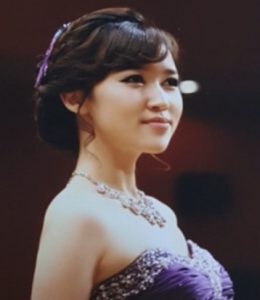 Born and raised in South Korea, Eun Ji Jung received her BM in vocal performance from Chung-Ang University in Seoul, South Korea, and MM from University of North Texas.  She is currently pursuing her doctorate at UNT under the tutelage of Dr. Carol Wilson.

While working on her degrees, she earned awards in a number of competitions including NATS Competition and Korea Baptist Theological University Competition. She has performed with many ensembles, orchestras. and worked with UNT Opera. 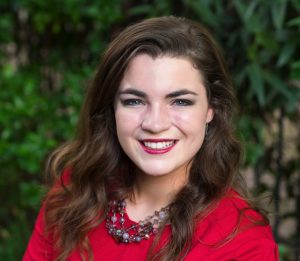 Joy Mote, soprano, is a first year Master student at the University of North Texas pursuing vocal performance and a related field in vocal pedagogy. Born and raised in Georgia, Joy recently completed her Bachelor of Music and Minor in Business Administration at Mercer University in Macon, GA. Joy has studied under Mrs. Elizabeth Colson and Dr. Richard Kosowski and is currently studying under Dr. Carol Wilson. Recent roles include Gianetta (The Gondoliers) and Edith (Pirates of Penzance) with Mercer University Opera. She also served as principle choreographer in MU Opera’s production of Oklahoma!. Joy will perform the role of Lucine (Le Testament de la tante Caroline) with the UNT opera during the spring of 2019.